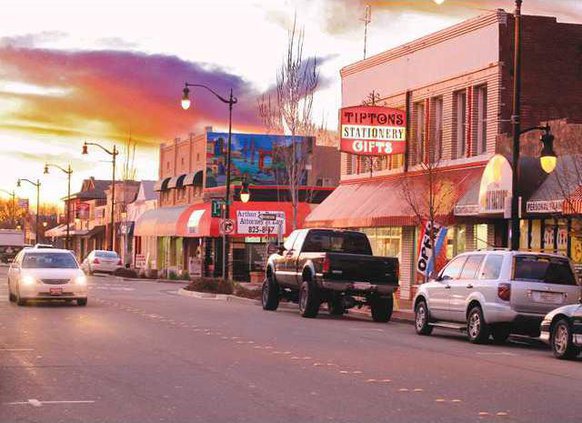 Toby Wells does not have a dog, per se, in the hunt for the future of downtown.

However, how he approaches the problem that has plagued the city’s management since at least 1962 could be a deciding factor in whether he can outlive Carl Ripken de Manteca’s city manager, Bob Adams, before he did. he is not dismissed after 12 years.

Wells, with only a month under his belt as city manager, is barely in the â€œgetting back on trackâ€ phase.

To be clear on the whole, the downtown transformation beyond what it is today with seven financial institutions, a strong presence of furniture stores, thriving ethnic businesses and the private sector doubling down. considerably the fact that this is the traditional celebration and community fundraising of Manteca. the location of the event is not at the top of voters’ list of concerns when it comes to issues over which city council has a say.

Downtown easily tops the list for issues of homelessness, road maintenance, traffic jams, public safety, flooding, affordable housing for paychecks earned in Manteca or the valley. , the growth of rail traffic and even the sleeper problem of an adequate water supply.

Wells knows a thing or two about the reorientation of the path that downtowns take. As a public works engineer, he was involved in the initial founding work of the successful transformations of downtown Turlock and Livermore. The remake of downtown Ceres was during his tenure as city manager of this community.

Wells clearly cannot lead the charge for downtown in terms of what it should be or securing membership.

There are two practical reasons for this, based on over 50 years of real estate.

Although they talked about it more often than Tom Brady won Super Bowls, commercial landlords and tenants have firmly resisted â€œtaxationâ€ themselves via a business improvement district to even fund the strategies. rudimentary marketing and upgrades. The real buy-in happens when you put your money on the table.

The other has to do with what Mayor Ben Cantu artfully calls a lack of political will over the years on the part of the councils when it comes to the city center. Some wouldn’t be as nice as Cantu and just say that the councils have historically lacked the backbone to carry out not only the downtown area, but a whole list of community improvements that don’t involve sewers, water or new exchangers.

That’s why before staff and board rush to make their tax contribution once, sometimes twice a decade, to the Consultants’ Global Cruise Fund for Central District Traffic or a Downtown Plan, the elected officials must reach consensus on a single issue. which needs to be resolved before consultants are hired.

This problem is the overall flow of city traffic, given that the city center is right in the center of two key arteries – one that runs from south to north and the other that runs from east to west. – as has been the case for over 103 years.

While Community Services Manager Chris Erias is confident that such a traffic study will provide the key to the inner city conundrum, it is highly unlikely that this will happen without council commenting. ‘first on a general directive that he can accept and defend instead of simply leaving it to the town hall to try to sell.

Wells alluded to the need when he spoke last week about community leaders deciding Main Street’s goal for downtown. It should be viewed either as a road to move traffic from one end of the community to the other, or to bring people to a downtown area as a destination.

Wells has the right debate but the wrong street.

The street for which this decision must be made is Yosemite Avenue.

There are two reasons.

Take a look at Manteca today and the land use model that the General Plan update is being cast to support the next 20+ years. It places all growth north and south up to a point in the future when the urban reserves to the northeast are developed.

This means that no other north-south artery will be built. And while Airport Way and Union Road will clearly see increases in traffic, transforming Cottage Avenue beyond its hybrid street / collective artery status would be a nightmare.

We already know that thanks to the seven years it took for the city to secure the vacant lots needed to simply build the missing link to connect Industrial Park Drive to Spreckels Avenue, there is no way anyone would advice current or future has the stomach to force the sale of land from no less than 50 owners along Cottage between Yosemite Avenue and Lathrop Road. And that doesn’t include the expensive little detail of needing to widen the Highway 99 overpass.

The other reason is that there is no way to bypass downtown Main Street traffic and cross the train tracks without going to Cottage Avenue / Spreckels Avenue or clearing hundreds of houses to create a hallway. with the Walnut Avenue crossing.

Yosemite Avenue is another story. Moreover, when you look at how it can create another access to the growing south-eastern part of the city, it has many advantages with minimal impact on the property in terms of acquisition.

The idea was actually started by Cantu and City Councilor Gary Singh, albeit with somewhat different visions.

Both see Yosemite between Library Park and perhaps as far east of Fremont Avenue as a great place to lay the groundwork for trendy restaurants and the like by dramatically widening sidewalks, planting real shade trees, having little to no parking, and maybe making it a way. It certainly has the lion’s share of buildings that are “downtown” instead of the main street which is more like the standalone 1950s, 1960s and / or mall mentality.

Cantu envisioned couplets at both ends of the downtown Yosemite segment.

Singh, who likes the idea, added a congestion solution. Just send Yosemite Avenue south behind blocks 100 and 200 of West Yosemite Avenue and connect it to Moffat Boulevard.

Since most of the land in question is owned by the city, only three private properties would be affected. The two-lane street would have no parking and would run alongside the Tidewater bike path.

Perhaps the best part is that it would connect with Moffat which was upgraded 15 years ago and which is wide enough to accommodate four lanes of traffic and turning lanes.

Not only would it be connected to Spreckels / Industrial Park Drive, but the new alignment with Woodward Avenue which is part of the Caltrans 120 / Bypass / Austin Road interchange project, inaugurated next year, will have a strong connection with Atherton Drive and Austin. Road.

This would place the transit hub which will be a full transit hub when Altamont Corridor Express service begins in 2023 at the corner of two key arteries.

As for the downtown properties in blocks 100 and 200 of Yosemite Avenue, there would be an incentive to create two attractive access points, one facing Yosemite Avenue and the other that would essentially be an extension of Moffat.

This column is the opinion of the editor, Dennis Wyatt, and does not necessarily represent the opinions of The Bulletin or 209 Multimedia. He can be contacted at [email protected]

Case of the Disha Ravi toolbox: as the probe does not advance, the closing ratio can be an option