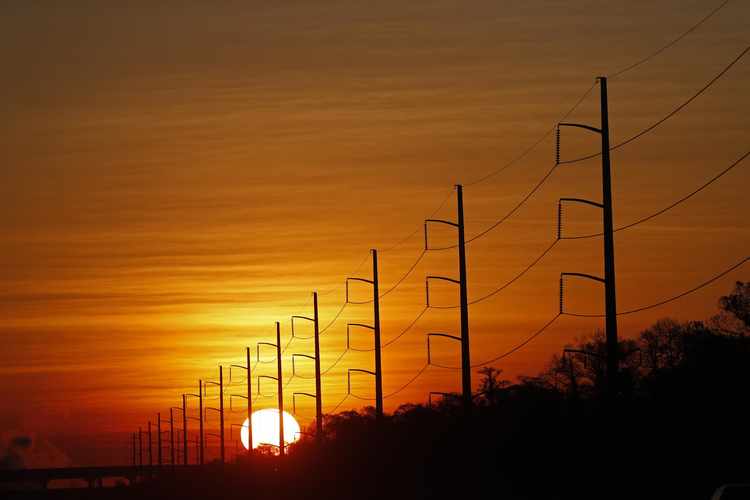 The infrastructure bill must secure, not expose, our energy grid

The road of good intentions must avoid dead ends of unintended consequences.

For decades Americans have watched our nation’s infrastructure deteriorate and have long hoped that Washington would finally modernize the arteries that connect our nation. As veterans who have dedicated our careers to this country, we have long awaited legislation like the bipartisan infrastructure bill, which was passed by the Senate 69-30 in August and is awaiting the approval of the Bedroom.

However, there is a provision in the bill that could jeopardize the security and energy independence of the United States, exacerbating the very problems the law seeks to address. We believe the legislation addresses many of the infrastructure issues that plague our country, but we hope Congress will take swift action to ensure that one provision does not end up creating even greater safety concerns in the future.

This provision, buried in the depths of the 2,700 pages invoice (at page 1633 of Section 40412), is language that requires the federal government, within 90 days of the enactment of the measure, to establish a publicly accessible online dashboard of real-time data that follows the operation of the bulk power grid system in the 48 contiguous states.

If the Infrastructure Bill is enacted as currently drafted, any disgruntled individual or group of individuals with access to a computer and an Internet connection will have access to the entire repository of structural pricing indicators. real-time market data, critical congestion locations, and other critical data negatively impacting power infrastructure in the United States. The bill would essentially grant public access to incredibly detailed information about the power generation of entire cities and Department of Defense facilities and provide key information to any adversary seeking to attack or dismantle the U.S. power grid. .

The wording of the infrastructure bill would force the federal government to release data that no less than four security agencies are currently trying to sequester, and for good reason. After all, we’ve seen entire regional networks fail because of bad actors. without access to this type of roadmap, ranging from a rifle shooting game in San Diego in 2013 to the recent SolarWinds breach that allowed hackers to gather information about infected networks and educate others on how to enter that network without detection. This bill would make future attacks so easy it almost looks like the United States is inviting them.

Imagine the harm adversaries could do if they could access, disrupt and dismantle our power grid, without our ability to shut them down? What if the New York City grid went down and needed an alternate electric route, but all possible circuits were overloaded? The backup could not distribute power because a hack told the system that it was overloaded. What if the grids were overloaded in Texas, in the wake of an unprecedented cold and ice failure, as happened last winter?

In previous incidents, the larger bulk power grid was generally able to absorb or recover after one or two outages. However, Congress also allows access to the entire distribution and data infrastructure. Hackers could attack both the power grid and the distribution grid. In fact, hackers could attack the bulk power grid from the distribution grid. Therefore, this level of disclosure would lead to a potential safety and security crisis that this country has never experienced. Imagine the 2003 blackout in New York and the Northeast, but nationwide and for much longer.

Hackers can and will continue to attack our power infrastructure systems. However, if hackers knew how grid interactivities were handled in real time, they could figure out how to target backup systems while attacking the back-end systems they support.

The data the bill seeks to provide would allow hackers to do just that: create maximum damage with minimum effort, anywhere they choose.

This is the danger the United States faces because of this disturbing language in the Senate bill and our migration to clean energy that does not address the greatest vulnerabilities in our power grid. Not only do we need to do everything we can to protect our overloaded system, but we also need to think creatively about How? ‘Or’ What we get the energy of tomorrow. It must come from new sources beyond our current grid, such as hydroelectricity and locally produced wind.

As experts in renewable energy and national security, who have used our decades of commercial and military experience to develop projects that would help restore the health of this planet, we firmly believe that the only way to truly build a renewable energy future is to reduce our dependence on power infrastructure vulnerable to bad weather and cyber attacks.

We have dedicated our careers to this country and its security. Our mission today is to make sure we protect our country from the two crises we face today: climate change and energy security threats, both physical and cyber. It is a national imperative to remove this critical vulnerability from the infrastructure bill.

When it comes to energy security, vital for our national security, we must never allow unlimited transparency on our country’s electricity infrastructure and expose it to foreseeable dangers. When President Biden says we need to build back better, we know he’s not suggesting that we are building energy resources that can be, and will be, interrupted or damaged in an instant. We urge Congress to heed his message and strengthen rather than expose our electricity grid.

A panel with executives from TransUnion and AWS explores how