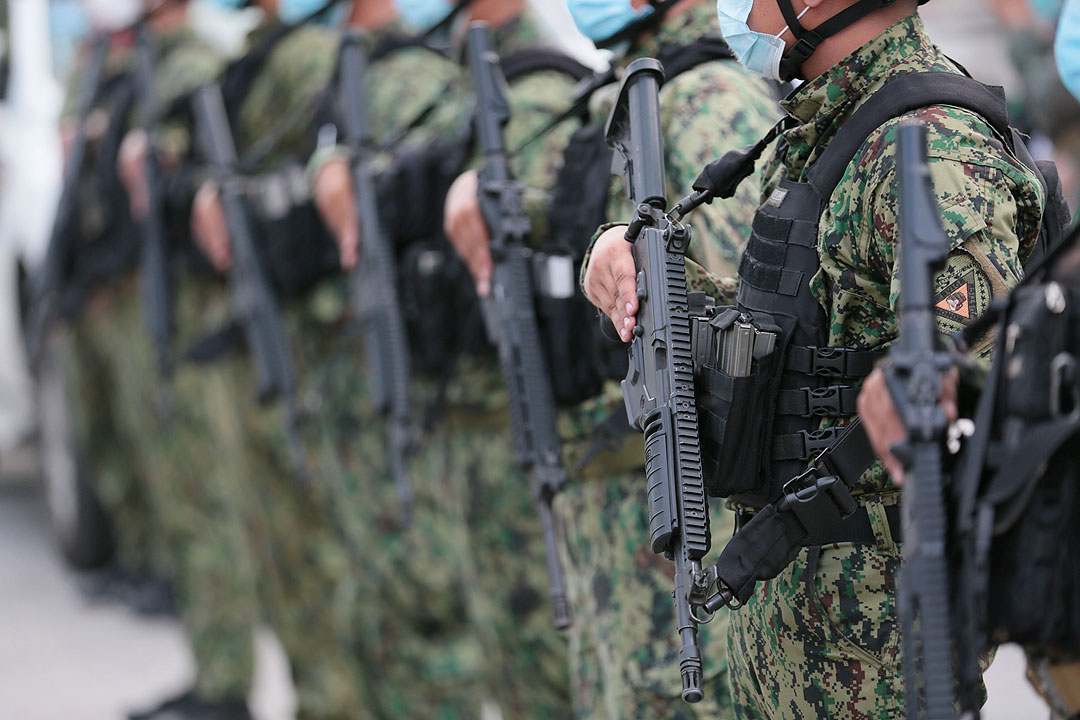 The Philippines finds itself once again at a crossroads in a defining election season. Simply choosing between opposing ideologies or government agendas has always been a luxury for Filipinos. Rather, the elections for this Southeast Asian nation are a time to determine which main issue is on the ballot – good governance, the rule of law or democracy itself. This coming election year is all of the above.

More than at any time since the fall of the Marcos dictatorship, the fate of the nation is not just a choice for a strong economy but, more importantly, whether the economy – and our very sovereignty – will be saved by our ability to keep our democracy.

The demarcation of who the opposition and the candidates for administration are is a way for the public to distinguish between those who will seek to rule with loyalty to democratic principles and those who have fallen in love with a system of government that favors weak institutions; between those who believe that democracy always delivers the best development outcomes and those who are willing to explore illiberal government – essentially, authoritarianism. For the latter, the transition from the current exemption would be almost seamless. The country is on the brink of a precipice.

The real opposition will have to pull the country from the brink. It must begin with the determined and systematic dismantling of the authoritarian policies, programs and activities of the current administration. For most people who aspire to a return to decency, responsiveness and government competence, this loss will focus on what sociologist Nicole Curato has called “securing social problems.”

From the pandemic to the war on drugs to the way the government has dealt with the threat of terrorism (external or internal), the security sector, especially the police, has played a disproportionate and totally inappropriate role for it. Duterte administration.

While it is said that the truth is the first casualty of war, due process, respect for human rights and diminished individual freedoms have been selectively sacrificed by this government in the name of greater efficiency. and efficiency in delivering social and economic goods. This is a textbook case. In what is called an illiberal government toolbox for leveraging populist governance, a report by Brookings argues that “Iberian principles – political ideas that embrace the importance of individual freedoms, minority rights and the separation of power between the levers of government – and democratic institutions – the processes that translate popular will into public policy through legitimate elections – are being torn apart â€(â€œ The anatomy of illiberal states â€).

There is a method to madness. Communities really feel (and don’t imagine) the immediate increase in peace and security. But it was a quick fix, and in the end, this method did not stem the high rate of COVID-19 transmission or the availability of illicit drugs on our streets.

It was all a play of light and shadow. Essentially, it’s about instilling fear, and this method, we attest, can be effective.

It is then up to the opposition candidates to present a way forward for the country. It is not easy, because we have strayed from the right path. The policy statement alone will be fraught with risk.

The opposition cannot ignore the 800-pound gorilla in the room. And to mix up the metaphors, the big gorilla is the security sector that occupies the room and that shrinks the breath of a democracy already using oxygen. It is the instruments of state security that have been used, most likely for criminal purposes, against the state’s own citizens.

So, which direction to take? A new administration must send up and down the chain of command an unfettered directive that breaks with policies and practices that violate human rights and constitutional processes as due process.

It must communicate a clear message to the public that accountability will be taken seriously, including by conducting the necessary investigations and immediately holding offending staff to account – in a serious and solid manner in substance and process in order to not to be confused with a simple performance. . It must demonstrate a desire and commitment to correct institutions by undertaking reforms in personnel, structure, systems and strategies, policies, programs and behavior.

In addition, it must recognize that the deviation from professional and legal standards and procedures emanates from high-ranking officers of the Philippine National Police (PNP) and corrupting elements at the highest levels of the executive.

And what will the above look like in practice?

2.) Fully cooperate with the Supreme Court in its decision ordering the Philippine National Police (PNP) to submit data on the Duterte administration’s war on drugs.

3.) Investigate, in support of the efforts of the Ministry of Justice, all cases of murders of suspected drug suspects reported by human rights and civil society groups and the media, to the – beyond the cases recognized by the PNP.

4.) Suspend or replace any police chief and commander of post or compound who have been (or will be) appointed or charged in court cases related to the war on drugs.

5.) Critically examine the Anti-Terrorism Law and the Human Security Law.

6.) Disavow the â€œlawâ€ in all its forms and commit to repairing the institutional damage it has caused.

8.) Suspend or replace any officer and military personnel who have been (or will be) appointed or indicted in court cases related to human rights violations, including red marking and extrajudicial killings.

9.) Review and strengthen the mandate and capacity of the Commission on Human Rights.

11.) Reaffirm the Rome Statute of the International Criminal Court (ICC).

The list of reforms is long and difficult. There are so many issues at stake in the next election. Security sector reforms are a clear expression of electoral issues on good governance, the rule of law and democracy itself.

Jose Maria M. Mendoza works in the field of development policy and management, with an emphasis on justice, human rights and democracy.