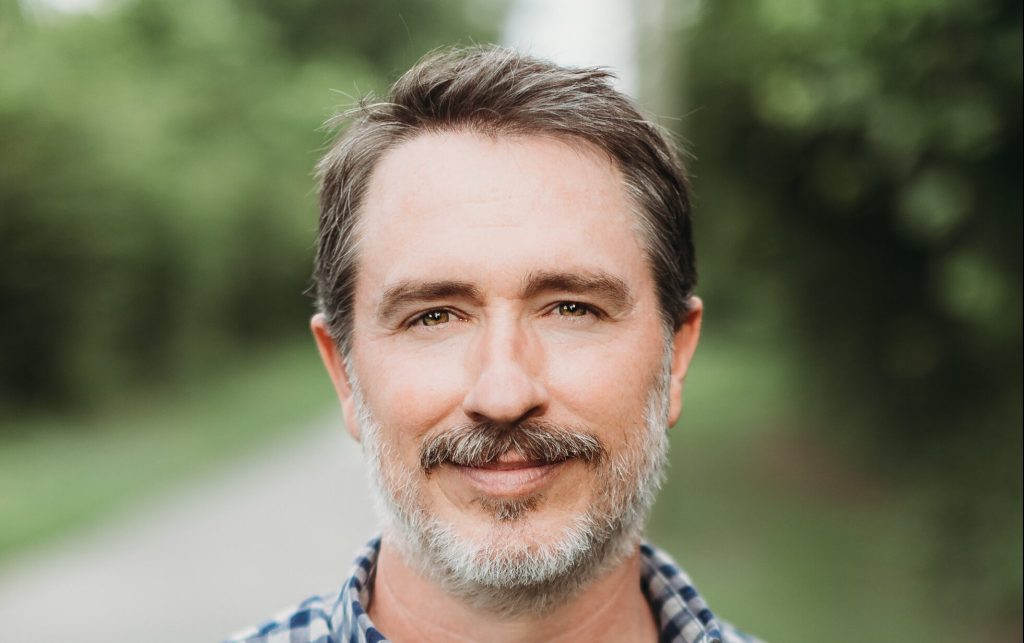 It’s that time of year, when the days are getting shorter and tickets are on sale for the best Twin Cities reading series, as well as the Opus & Olives Virtual Gala at the St. Paul Public Library and the Twin Cities Book Festival. Take a look at this list and you’ll find Pulitzer Prize winners and bestselling authors as well as a number of debuts. (These programs are planned well in advance, and COVID changes things quickly, so some in-person events could be changed to virtual if the author decides not to travel. If you are attending an event at any location , be sure to check the website ahead of time to learn more about the rules related to COVID.)

This fundraiser for Friends of St. Paul’s Public Library features appearances by bestselling authors Wiley Cash, Martha Hall Kelly, James Oakes and Kirstin Valdez Quade, who will share their personal stories and ideas – from their homes direct to that of the public. New this year, learn how to prepare cocktails inspired by the authors of the gala during the pre-show.

WILEY CASH, EMCEE – The bestselling author of “A Land More Kind Than Home” and of the famous “This Dark Road to Mercy”, presents “When Ghosts Come Home”, a mystery in which a plane crashes in North Carolina but it doesn’t There is no sign of the driver or cargo. When a local man is found shot dead near the crash site, Sheriff Barnes begins a life-changing murder investigation. In addition, he must face his daughter, who mourns a crushing loss that she cannot express. Cash is the author in residence of the alumni of the University of North Carolina at Ashville.

MARTHA HALL KELLY – Presents “Sunflower Sisters”, third in her Lilac Girls series with Caroline Ferriday, an American philanthropist who has helped young girls released from the Ravensbruck concentration camp. In “Sunflower Sisters” she tells the story of Caroline’s ancestor, Georgeanna Woolsey, a Union nurse who joins the war effort during the Civil War and crosses paths with Jemma, a young slave. sold and enlisted in the army, and Ann-May Wilson, a southern plantation mistress whose husband enlisted. Inspired by real stories from the war. The author divides his time between Connecticut and New York.

JAMES OAKES – One of this country’s foremost civil war historians, a two-time Lincoln Prize winner for his work on the politics of abolition, talks about “Crooked Path to Abolition: Abraham Lincoln and the Antislavery Constitution,” a history of President Lincoln’s anti-slavery strategies revealing a consistency and commitment that spanned many years. The backbone of anti-slavery for Lincoln was the Constitution of the United States. Wherever this document authorized direct federal action – in the Western Territories, in the District of Columbia – on the slave trade, Lincoln and his anti-slavery allies intervened. Oakes teaches at the Graduate Center at City University of New York.

KIRSTIN VALDEZ QUADE – Named one of the most anticipated books of 2021, “The Five Wounds” by Quade is his first novel about the year of love and sacrifice of a New Mexican family. It’s Holy Week in the small town of Las Penas, and Amadeo Padilla received the role of Jesus in the Good Friday Procession. Then her 15-year-old daughter Angel shows up pregnant at her doorstep and changes her plans for personal redemption. The novel covers the baby’s first year as five generations of the Padilla family converge. Quade is the author of “Night at the Fiestas”, winner of the National Book Critics Circle John Leonard Award. Recipient of a â€œ5 Under 35â€ award from the National Book Foundation, she teaches at Princeton University.

A program of the Metropolitan Library Service Agency (MELSA), this free series brings together well-known authors from libraries across the Twin Cities metropolitan area. (All virtual)

September 16 – Angeline Boulley, member of the Sault Ste. Marie Tribe of Chippewa Indians, former director of the Office of Indian Education at the US Department of Education, author of the first successful young adult film “Firekeeper’s Daughter”.

September 28 – Rita Woods, discussing her first historical fiction film “Remembrance” about a sacred refuge for escaped slaves that exists outside the normal limits of time and space.

October 4 – Mary Kubica, thriller whose latest is “Local Woman Missing”, in which several women disappear without leaving a trace of a seemingly safe and ordinary community. When you come back to town 10 years later, the shocking truth turns more lives upside down.

October 7 – Kate Quinn, one of the best-known and best-selling authors who write historical novels, today presents “The Rose Code”, which follows a trio of British code breakers who form an unlikely alliance to break the number most notorious military man in Germany.

October 13 – Dan Piepenbring, author of “The Beautiful Ones”, a collaboration with Prince which he completed after the death of the superstar.

October 18 – Tamara Winfrey-Harris, nationally recognized columnist and speaker whose work focuses on the intersection of race and gender, discussing the revised and expanded second edition of her anthology “The Sisters Are Alright: Changing the Broken Narrative of Black Women in America â€, scheduled for October 12.

October 27 – Kawai Strong Washburn, Minnesotan, from the Big Island of Hawaii which inspired his first fiction, â€œSharks in the Time of Saviorsâ€, winner of the PEN / Hemingway Award and a Minnesota Book Award 2021.

November 3 – Maggie O’Farrell, internationally renowned British writer of eight bestselling novels, including “After You’d Gone”, as well as a memoir, “I Am, I Am, I Am”, on her near-death experiences, presenting his latest historical fiction, “Hamnet”, an exploration of the domestic life of William Shakespeare and his wife Anne Hathaway.

November 10 – Jane Smiley, whose novels include Pulitzer Prize-winning â€œA Thousand Acres,â€ talks about her latest â€œPerestroika in Paris,â€ in which a fiery racehorse escapes from its enclosure outside of Paris and tries to escape. rebuild a life.

Registration is not required for Club Book events. â€œLikeâ€ and follow him on facebook / com / ClubBook where they will be broadcast in real time.

Twenty-second season at the Fitzgerald Theater in downtown St. Paul, presented by the Minneapolis Star Tribune and Minnesota Public Radio.

September 30 – Kate DiCamillo, popular author for children and the middle years, two-time Newbery medalist, returns to medieval times in her new novel for the middle years “The Prophecy of Beatryce.”

October 13 – Amor Towles, author of the bestselling novel “A Gentleman in Moscow” presents his new novel, “The Lincoln Highway”.

November 3 – William Kent Krueger, author of the mystery series Cork O’Connor set in northern Minnesota, presents his highly anticipated prequel “Lightning Strike”, which takes place when Cork is a youngster trying to figure out his father.

Tickets cost $ 30 for each event, available at mprevents.org.

Twenty-fifth season of the oldest literary series in the Twin Cities, presented by Friends of the Hennepin County Library at the Hopkins Center for the Arts, 1111 Mainstreet. Each author does a show at 7:30 p.m. and a show at 11 a.m. the next day. (In-person events with virtual backup options for ticket holders who want to stay at home.)

October 26-27 – Anthony Doerr, winner of the Pulitzer Prize for his novel â€œAll the Light We Cannot Seeâ€, as well as the Carnegie Medal for Excellence in Fiction. His latest novel, to be published in September, is “Cloud Cuckoo Land” (in person + virtual backup)

6-7 Dec – Viet Thanh Nguyen, winner of the Pulitzer Prize and the Dayton Literary Peace Prize for his first novel “The Sympathizer”. It continues the story in its recently released sequel “The Committed”. (In person + virtual backup)

February 10-11 – Brit Bennett, author of the highly regarded “The Vanishing Half”, was named a “5 Under 35” winner by the National Book Foundation.

April 28-29 – Richard Powers, author of 13 novels, MacArthur Fellowship recipient, National Book Award winner and Pulitzer Prize winner for his most recent book “The Overstory”. His latest, “Bewilderment”, will be released in September. (In person)

May 17-18 – Emily St. John Mandel, author of the critically acclaimed novel “Station Eleven”, as well as “The Glass Hotel”.

Presented by Rain Taxi Review of Books, this year’s festival takes place on October 16 at the Minnesota State Fairgrounds, as well as through virtual events in the weeks leading up to the live game. The live experience at the fairgrounds will offer in-person navigation, meet writers and editors, and activities for readers of all ages, carried out with followed health guidelines, including proof of COVID- vaccination. 19 or proof of negative test results within 72 hours of participation, and indoor mask requirement. (Go to: twincitiesbookfestival.com/covid-19-safety-protocols/. Enhanced virtual experiences will bring more conversations and author events. Starting in September, audiences around the world will be able to connect to crowdcast.io / raintaxireview for virtual events leading up to the big day. Stay tuned for more announcements as the event nears.