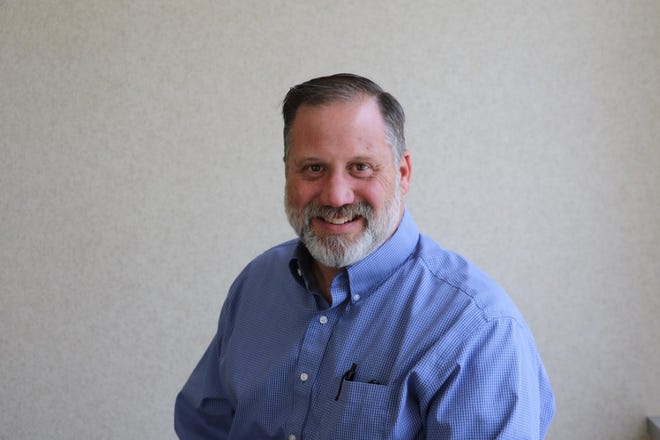 As the social science education official at Akron public schools, Adam Motter swears he loves when people call him to ask if the district teaches Critical Race Theory.

They’ve called about once a week for the past two or three months, he said, barely a flood of complaints but certainly an increase in the number of community members who have suddenly taken an interest in the program. district social studies.

â€œPeople think I’m crazy, but I welcome them because this is a chance to talk about the importance of social studies and our real purpose,â€ Motter said.

This goal, he said, is to help students become critical thinkers, not to tell them what to think. This is possible by giving students multiple perspectives on historical events, helping them make connections and providing context around those events, and then asking students what you think?

When he explains it to callers in this way, Motter said, it seems to resonate regardless of their political affiliation.

â€œA lot of people, no matter which side of the aisle they are on, they may not agree with everything, but they recognize and recognize what we are doing,â€ he said.

As students across the country return to school this fall, they do so amid a growing political debate over what is taught in history and social studies classes.

This debate intensified a year ago, starting on Fox News, with the incorporation of an academic term known as “critical race theory,” a framework used in law and law schools. other fields of study at university level to analyze the impact of race on laws and policies. .

But Critical Race Theory is not part of the K-12 curriculum at Akron or in Ohio State Standards.

What Akron teaches his students about race

The district’s curriculum is built from Ohio State Standards for Social Science Education, with textbooks approved by the school board. Teachers can supplement the material to add another perspective.

However, the district is revising its program as part of a mission to eliminate racial inequalities within district systems that could harm children of color. This could include a re-examination of disciplinary practices or the integration of more diverse materials into the curriculum.

The work, commonly referred to as Diversity, Equity and Inclusion, or DCI, has often been, in the political arena, lumped under one umbrella with Critical Race Theory.

The theory has also been used as a catch-all for any discussion of diversity and has fueled fears that students will learn to hate the United States, or that a race is responsible for whatever goes wrong with the country. .

Despite rhetoric and hindsight, including a state legislature bill that would ban teachers from using certain words or phrases in class, Akron executives say they are not deterred from pushing forward their work and continue to teach a full picture of the story.

Bree Chambers recalls that her teachers in Akron weren’t afraid of difficult conversations.

Her education, especially in history and social sciences, “was very holistic,” she said. “It was very real and it was very raw.”

Chambers, a 2018 Firestone graduate, said her social studies teachers at Akron were “spectacular.”

They were spectacular, she said, because they were honest.

For example, in a lesson on women’s suffrage, they learned about the complicated legacy of white women who fought for the right to vote – they rarely, if ever, fought for black women to have these rights as well. .

After graduating, Chambers, who is black, helped form the Akron Minority Council, a now disbanded group that pushed for reforms in Akron schools, including an increased diversity of teachers and teachers. textbooks that told stories from more diverse perspectives.

Watching the nationwide debate unfold over whether teachers should be allowed to teach history from multiple angles left her frustrated and grateful for the education she received.

“It’s a little frustrating to see it play out on the national stage, especially as a person of color who has had a different experience and had this honesty in my upbringing, and just thinking about what that would have meant. for me and my identity training if I hadn’t had that, â€she said.

Chambers said she was encouraged last year when many school boards pledged to work on diversity, equity and inclusion, but she is waiting to see how political resistance impacts their engagement. .

“I think if the individuals who run these things are as staunch allies as they say they are, then they won’t be put off,” she said. “And if they are, then maybe they weren’t as committed as they thought they were.”

Chairman of the board: schools should be places of free ideas

Akron is engaged, Akbar said. He is not discouraged, he said, because critical race theory is not a term that scares him. It’s not even a new term for him.

The school board chair has a PhD in Cultural Foundations of Education and is Associate Vice President for Diversity, Equity and Inclusion at Kent State University.

The other reason Akbar said he was not worried about the critical debate over racial theory is that it has nothing to do with K-12 education.

Schools should be places of free ideas, with no legislature or even school board dictating that something cannot be taught or even mentioned, he said.

What the school board can and does, he said, is “to ensure that there are policies to support the equitable distribution of resources and that we are teaching our students equitably so that they can all get the services they need, â€Akbar said.

The the board of directors earlier this year unanimously adopted a racial equity policy which calls for expanded and mandatory training on diversity, equity and inclusion, and implicit bias, as well as substantive data reviews; undertakes to seek diversified hiring pools; calls for increased engagement with the families of pupils; and create positions to oversee these efforts.

The policy states that the district is â€œenriched by the different cultures and experiences of students, staff, administration and stakeholdersâ€ in the district and that â€œall have a legitimate expectation of a barrier-free learning environment. countering the contemporary and historical impact of racism, legal subjugation, prejudice, prejudice and discrimination. “

“We are committed to all of our students and their futures and recognize how racism has influenced decisions, systems and structures in the past,” one read. “We remain committed to eradicating racism from our District with this policy and the practices that flow from it.”

Nowhere in the document does it say that the district will implement the teaching of critical race theory.

â€œI don’t think critical race theory should be taught in K-12,â€ Akbar said. â€œThis is not something that is currently being taught. I think, however, that in K-12 we should be able to teach our students multiple accounts of the same event, which is currently part of the standards for the State.”

As a veteran of the military, Akbar said he doesn’t understand the idea that speaking honestly about America’s past results in hating the country.

â€œI don’t think you can really love this country if you don’t admit that there are many ways to experience this country,â€ he said. “That’s the beauty of America.”