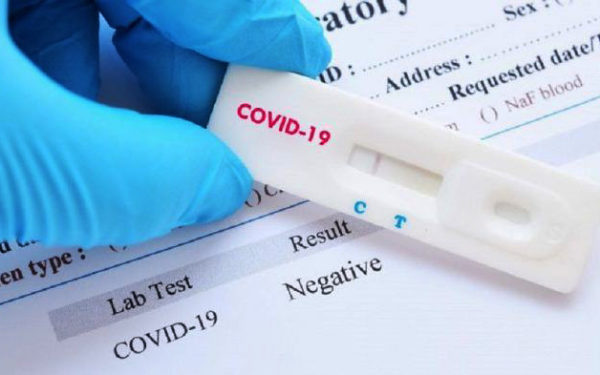 Three weeks ago, the Nicaraguan Ministry of Health promised the Pan American Health Organization a report on the current COVID variants of concern. This report has not yet been received.

HAVANA TIMES – In May, the Nicaraguan Ministry of Health (Minsa) received molecular testing equipment to identify new variants of COVID-19. However, five months after the Pan American Health Organization (PAHO) provided them with these materials, Nicaraguan authorities have yet to provide any information on the progress of this screening process.

Sylvain Aldighieri, COVID-19 incident manager for PAHO, said at a press conference on Wednesday, October 27, that they “still have not received” reports on the evolution of COVID-19 variants in Nicaragua. However, she mentioned that the National Reference Center, which is part of the Nicaraguan Ministry of Health, â€œis making significant efforts to generate the necessary and critical data, not only necessary for pandemic vigilance, but also for the scientific community in general â€.

On October 13, Ciro Ugarte, PAHO’s director of health emergencies, noted that Minsa had informed them that they were preparing a report on the variants; however, two weeks after this information, PAHO has still not received the document.

Aldighieri explained that using a sub-regional approach, and thanks to the efforts of some Central American countries, â€œit has been possible to demonstrate that three of the worrisome variants are circulating in Central America: the Alpha, Gamma and Delta strains. “

Aldighieri underlined the importance of “maintaining and strengthening a sustained genomic vigilance, which allows us to detect in time the introduction and description of different variants of interest or concern”.

In September, Carlos Saenz, secretary general of Minsa, said that in Nicaragua there was no confirmation yet that the Delta variant of COVID was circulating. However, he did not rule out his possible presence in the country.

â€œAs in all countries, we know that a series of variants circulate. Although we have not detected the Delta variant, we are engaged in the study of genetic sequencing. We don’t rule out the idea that it may be in circulation, and as such we need to be prepared for this situation, â€Saenz said.

On the other hand, doctors from the public and private sectors assure that this variant is already circulating in the country. They base this claim on the changes they observed in patients’ symptoms, including the speed of contagion and the severity of the disease. It is currently unknown whether the report being prepared in Minsa will be made public.

A new shipment of Pfizer vaccine will arrive in Nicaragua

PAHO has also informed that, despite some previous delays, a shipment of 305,370 doses of Pfizer vaccine will soon arrive in Nicaragua. The vaccine batch was donated by the United States government through the PAHO-led Covax vaccine distribution network.

â€œThere were some issues with the documentation the supplier had to complete in order to confirm the shipment of vaccines to Nicaragua. Thanks to the coordination between the PAHO teams in Washington and Managua respectively, we were able to speed up the process. The Nicaraguan government provided a quick response, and the supplier now has all the documentation, and all outstanding difficulties have been overcome. Everything is now ready for the cargo to arrive in the country in the early hours of Friday, October 29, â€Ugarte said.

The donation to Nicaragua, which has had very strained political relations with the United States, will allow the vaccination campaign in that country to move forward. Currently, less than 20% of Nicaraguans are fully immunized, according to PAHO.

During the second week of October, Nicaragua received a loan of 100,000 doses of Pfizer vaccine from the government of Honduras. The loan was granted to compensate for the delay Nicaragua experienced in the arrival of the pending shipment of 305,370 doses. It is expected that part of the upcoming donation will be used to return the vaccines loaned by Honduras.

PAHO’s director of health emergencies stressed the importance of the arrival of this type of vaccine delivery in Nicaragua, saying that the vaccination coverage in the country remains very low.

The doses will arrive on a plane scheduled to depart Miami on Thursday, October 28 and arrive at Managua International Airport early Friday morning.

LJD Week 2021 | FinTech and racial actions from a global perspective