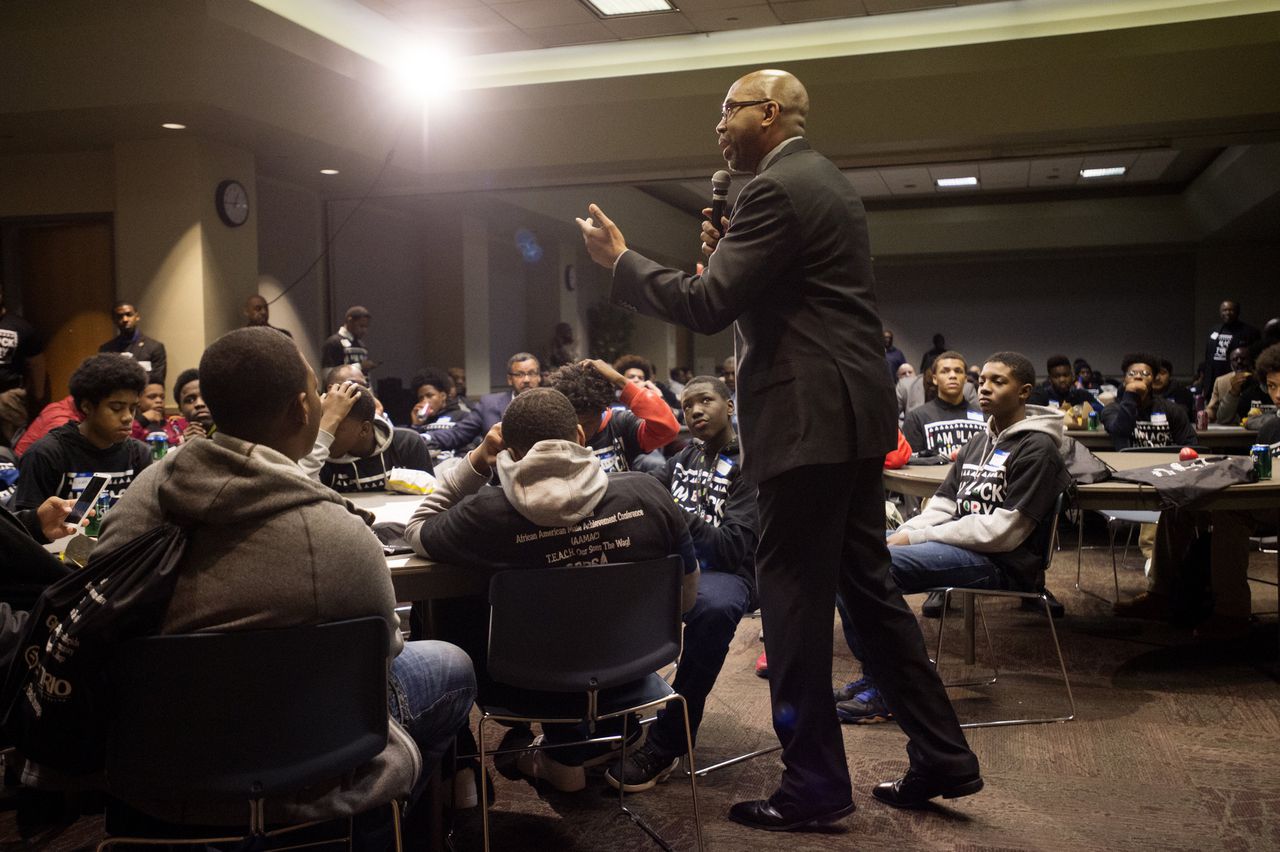 GRAND RAPIDS, MI – A group of West Michigan nonprofits are joining forces in a new initiative that aims to close the gap in education, wellness and financial success for young colored men in Grand Rapids.

The “We Matter Now” collaboration strives to transform today’s black and brown teens into the leaders of tomorrow by connecting them with positive black male role models and providing them with the knowledge and resources they need to succeed in life, according to a press release announcing the new initiative.

The initiative aims to help young men of color see their full potential and envision a positive future for themselves, said Dondreá Brown of Young Money Finances, one of three nonprofits that founded the collaboration.

“Recognizing the power of words, We Matter Now seeks to serve ‘at-potential’ boys and young men of color, reversing the narrative that too often begins with ‘at-risk’ youth,” Brown said in a prepared statement.

“Our initiative strives to create a safe space, striving to provide Black and Brown high school students with the tools, skills, resources and connections to deal with challenges within their community.”

The three founding associations of the We Matter Now initiative are Young Money Financesthat teaches students financial literacy; Better, wiser, stronger, which provides training in problem and conflict resolution; and The Delta Projectwhich introduces students to different mediums and strategies to better understand and tell their own story.

The collaboration will open to its first cohort of approximately 60 male students of color in grades 9 through 11 from the greater Grand Rapids area this spring, according to the release. Students can apply to the program, or be referred to the program by someone else, by completing this form.

Program officials will assess applicants and select the 60 members of its first cohort.

Students will participate in a conference this spring, as well as ongoing programs and initiatives over the summer. The inaugural We Matter Now conference will be held Friday, April 22 at the LV Eberhard Center at Grand Valley State University, 301 Fulton St., in downtown Grand Rapids.

The conference theme will be “Our Vision, Our Voice, Our Choice,” according to the statement.

“Sessions will focus on financial education, healthy behaviors and conflict resolution training, providing participants with the support needed to be influential members of the community,” the statement said.

Throughout the summer, the three nonprofits will share programming with cohort members to continue the conversation from the spring conference.

Summer programming will include a boys-and-mens ‘blueprint for success’ program, a program teaching students storytelling and video editing, and resources on managing and investing money, according to the release. .

At the end of the summer, the collaboration will host a celebration in August to celebrate the bonds developed over the spring and summer and promote a successful start to the new school year, officials said.

Cole Williams of the Delta Project said an important part of the initiative is connecting teens with positive black role models who can act as mentors.

“By sharing our lived experience, We Matter Now strives to provide examples of what boys and young men of color can become.”

Henry Sapp of Better Wiser Stronger pointed out how important it is for teens to have adults in their lives who support their success.

“Research shows that having adults who believe in and support them is essential for young people to develop a positive sense of their future,” Sapp said in a statement.

“Young people who can see a future for themselves are more likely to display positive behaviors, such as good decision making and goal planning, while avoiding problematic behaviors and poor choices.”

The initiative is supported by Heart of West Michigan United Way, which provides grants for the project. United Way has stepped up to support the We Matter Now initiative after pledging to invest in local organizations founded by Black, Indigenous and People of Color (BIPOC) in an effort to close the economic and achievement gap for colored people in the county of Kent.

“United Way is funding the We Matter Now initiative because we’ve seen how intimately these three organizations work to empower young black and brown men who struggle to succeed due to structural racism and other forms of oppression,” said Shannon Blackmon-Gardner, vice president of community impact at the Heart of West Michigan United Way, in a statement.

“We are thrilled to support their work and see the change, growth and impact this collaboration will have on our young men of color.”