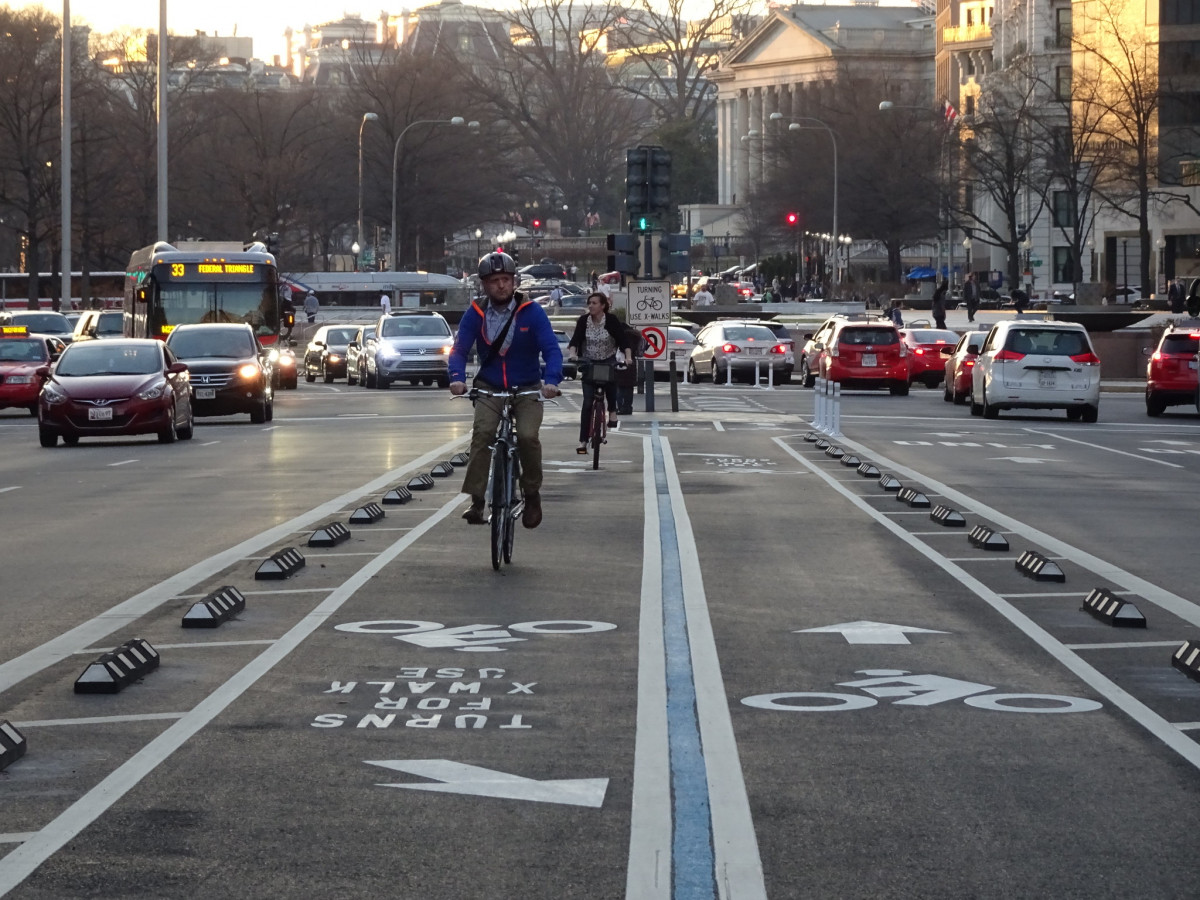 This week, local officials and the region’s transportation agencies face the stark reality that they must quickly embrace major policy changes over the next several years if Greater Washington is to meet its climate change target.

The National Capital Region Transportation Planning Board (TPB), whose board includes representatives from local and state governments, presented the preliminary findings of its climate change mitigation study. The ICF consultant’s analysis showed that the region must both:

This scenario study largely confirms previous national analyzes and a report from the Coalition for Smarter Growth, where I work. The TPB report comes as Greater Washington and the world have just nine years to meet our region’s critical goal of reducing greenhouse gas emissions by 50% from 2005 levels. The target, adopted by the TPB and the Metropolitan Washington Council of Governments, is in line with the United Nations and the Biden administration’s goals of keeping global warming at a manageable level of 1.5 degrees Celsius.

A year ago, the Washington area adopted a new climate plan for 2030, which included transportation strategies and an electric vehicle target, but did not quantify how much the region should reduce driving as well. Pushed by advocates like the Coalition for Smarter Growth and local elected officials, TPB agreed to undertake a study to provide details.

The first results presented this fall showed that Greater Washington should immediately force every car buyer to invest in an electric vehicle – a hypothetical impossibility – to sufficiently reduce climate pollution from cars. Indeed, regional transport plans largely maintain current levels of auto dependence and assume continued sprawl and a lack of sufficient housing options close to jobs and public transport.

More detailed scenario results presented this month showed the menu of realistic options that could succeed (beige numbers below) – or fail (white numbers) – in implementing the region’s climate plan:

The three most ambitious “COMBO” scenarios would reach the level of the regional climate plan for reducing greenhouse gases from cars and trucks. These combine both Vehicle Technology (VT) and Mode Shift (MS) strategies and also include the less impactful but still useful Transportation Systems Management and Operations (TSMO) enhancements that help fluidize circulation.

While the most aggressive vehicle technology scenario, involving very ambitious EV sales targets, could in theory provide sufficient reductions on its own, that would depend on the Washington area overtaking California, the country’s clear leader. in the adoption of electric vehicles. This would also only happen under an accelerated “clean grid” scenario that accelerates the region’s transition to 100% carbon-free electricity by 2035, 10 years earlier than current policies.

What are the fashion change strategies?

The fashion change scenarios paint a picture of the types of policies that the region needs to implement.

Considering the challenges of the most aggressive scenarios (VT.2 and MS.3), it appears that a hybrid of COMBO.2 and COMBO.3 would be the most feasible of the scenarios that sufficiently reduce greenhouse gases. This suggests that road user charges or congestion pricing are an essential part of any successful transport-climate strategy in combination with land use changes and other mode-shift strategies.

The full draft scenario analysis findings report provides detailed descriptions of the scenarios, their assumptions and other results.

Most of these policies have been modeled previously by TPB and WMATA and have been shown to offer a multitude of benefits to residents, workers and all modes of travel. , and the travel benefits of this tool, which has been successfully implemented in many of the world’s major cities and is currently being studied by many US cities. In addition, as the country’s fleet of vehicles shifts to electric vehicles, road user fees will be required to replace the gasoline tax.

Local elected officials and transport agency leaders on TPB’s board will discuss the results on Wednesday at their monthly meeting.

The key questions for them are: