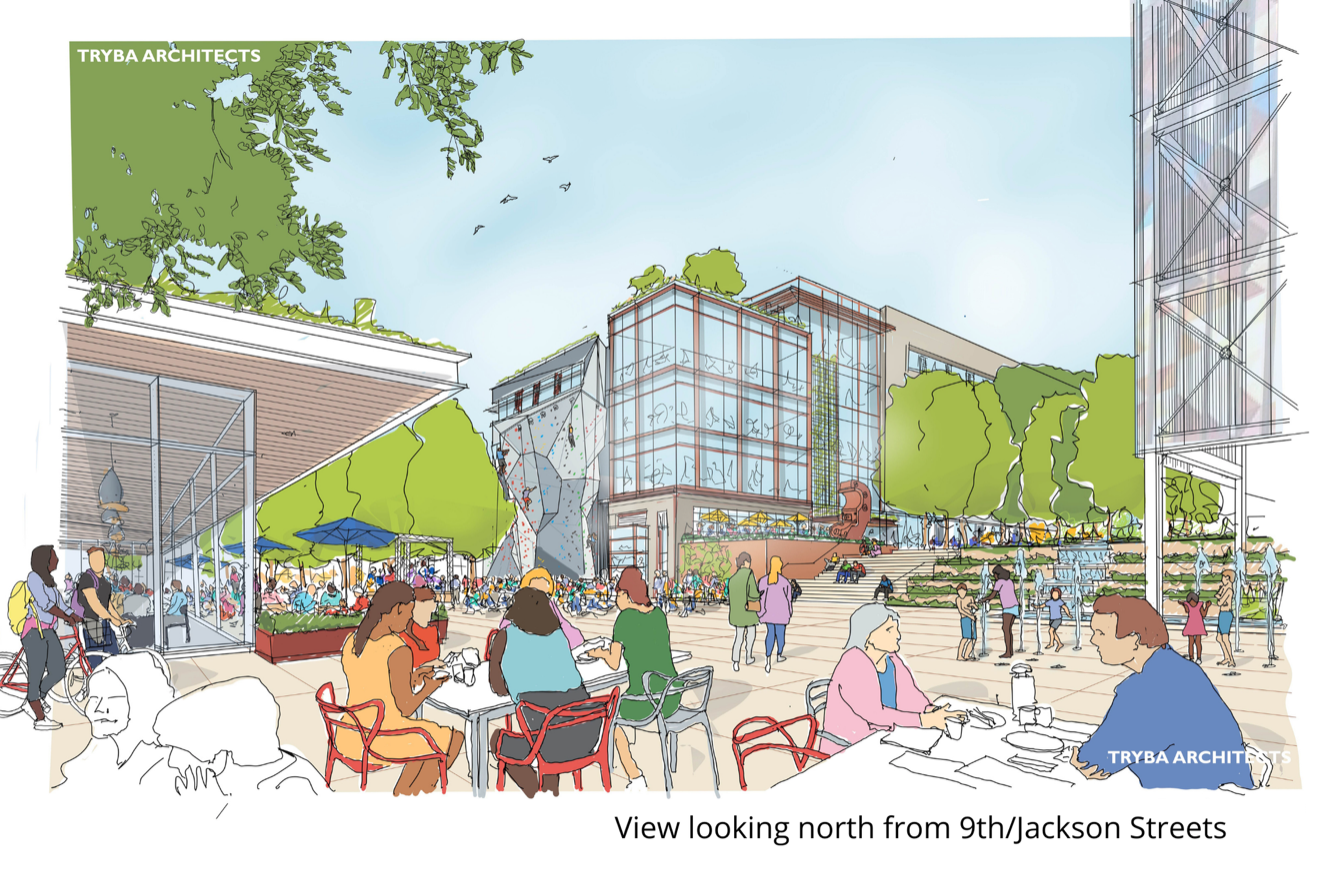 The first phase of the large-scale mixed-use redevelopment of the CoorsTek manufacturing facility in downtown Golden began today. The new neighborhood, spanning five city blocks, will be anchored by a new global headquarters for CoorsTek, Inc., and will comprise approximately 1.25 million square feet of offices, multi-family residences, retail and hotels.

Elements of the first phase currently underway include stabilization of buildings to be restored, demolition of many structures, infrastructure planning, construction and design of several commercial buildings. Upon completion, the first phase will include approximately 275,000 square feet of new and adaptively reused office space, 10,000 square feet of restaurant/retail space, new connections to 8th and 9th streets across the site, underground parking and a plaza. Successive phases will include significant additional public open spaces, an arts district, innovative mobility strategies, mixed-income housing, additional retail and a hotel, all as part of a zero-carbon strategy and district-wide wellness.

AC Development has successfully spearheaded the largest redevelopment project in downtown Golden’s history with the unanimous approval last month of a comprehensive redevelopment plan and rezoning by Golden City Council. The council vote was the culmination of a more than year-long process that involved working closely with city staff, more than 100 community meetings, four planning commission meetings and a six-hour council hearing.

“We are excited to begin the next chapter of our family’s 130-year relationship with Golden at this site, and we intend to set the tone early for sustainability and innovation with our new headquarters,” said said Michael Coors, CEO of CoorsTek.

Owned by the Coors family since 1884, the site several blocks from Washington Avenue and 9th Street had been in continuous industrial use for more than 100 years, ceasing operations only earlier this year. CoorsTek, formerly Coors Porcelain, was founded on the property in 1910 and the site is the historic site of the invention of the aluminum beverage can. Today, CoorsTek is a global manufacturer of engineered ceramics for many industries, including components for hip replacements and armor components for law enforcement and military.

“AC Development is dedicated to creating extraordinary urban places built on commitments to a healthy planet, exceptional place-making and positive community impact,” said Dan Cohen, President of AC Development. “We couldn’t be more excited to take these major steps to deliver on these commitments by transforming this incredible site into a deeply sustainable, connected and vibrant neighborhood.”