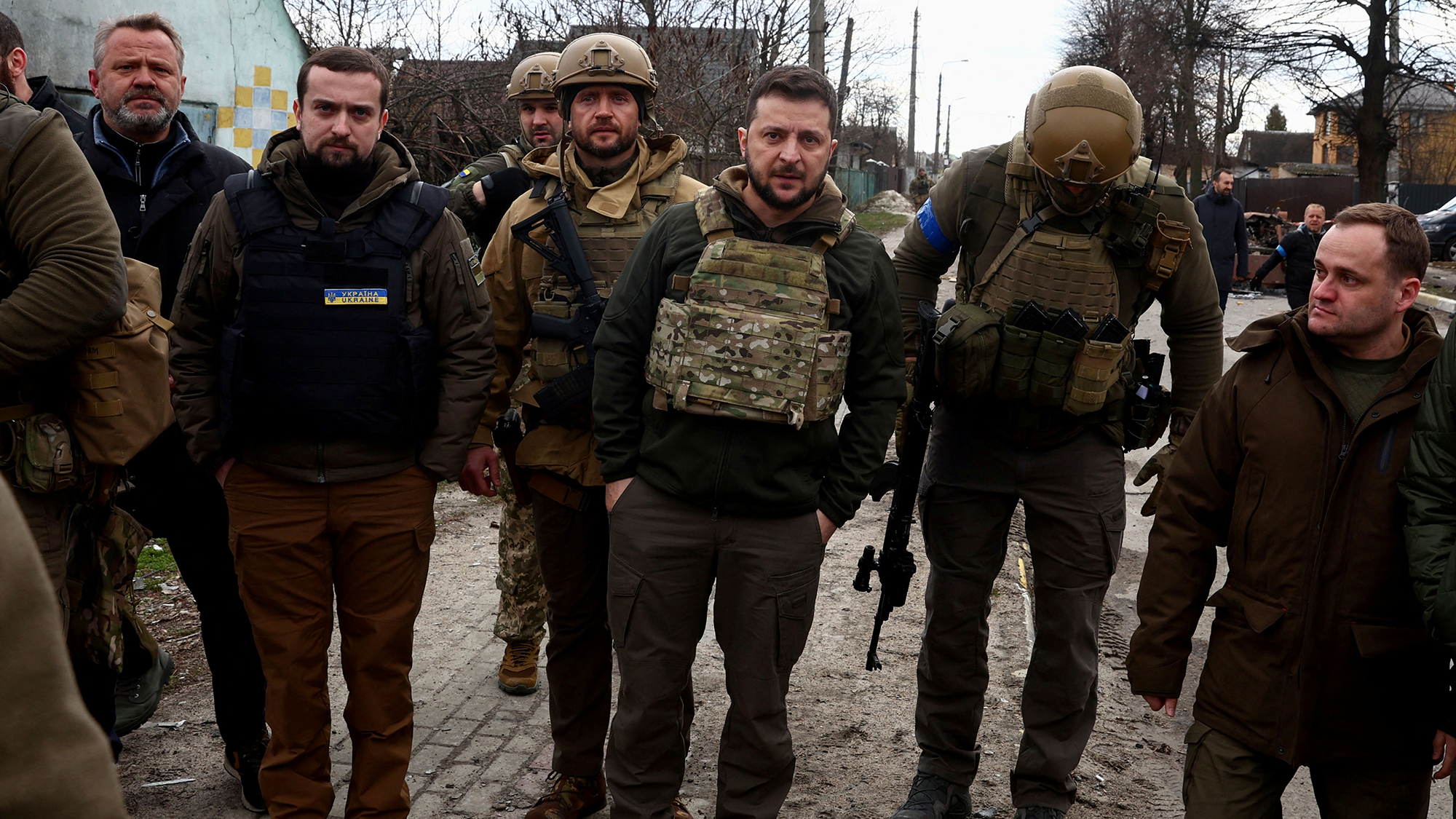 FAST THINKING: How will the West punish Russia for its war crimes?

Horrifying images of murdered Ukrainian civilians – evidence of apparent Russian war crimes uncovered in Bucha and other newly liberated towns outside kyiv – have shocked the world. Nearly six weeks into Russian President Vladimir Putin’s war on Ukraine, Western countries are facing renewed pressure to act. But how? Our experts explain what this grim development means for warfare, and how the United States and its allies and partners should respond.

Sign up to receive a quick preview in your inbox from Atlantic Council experts on world events as they unfold.

Take on the killers

Image: Ukraine’s President Volodymyr Zelenskyy looks on with Ukrainian servicemen, amid the Russian invasion of Ukraine, in Bucha, outside kyiv, Ukraine April 4, 2022. Photo via REUTERS/Marko Djurica.

Secure and modernize your IT infrastructure with Dell EMC HCI

76% of organizations experienced downtime and data loss in 2021