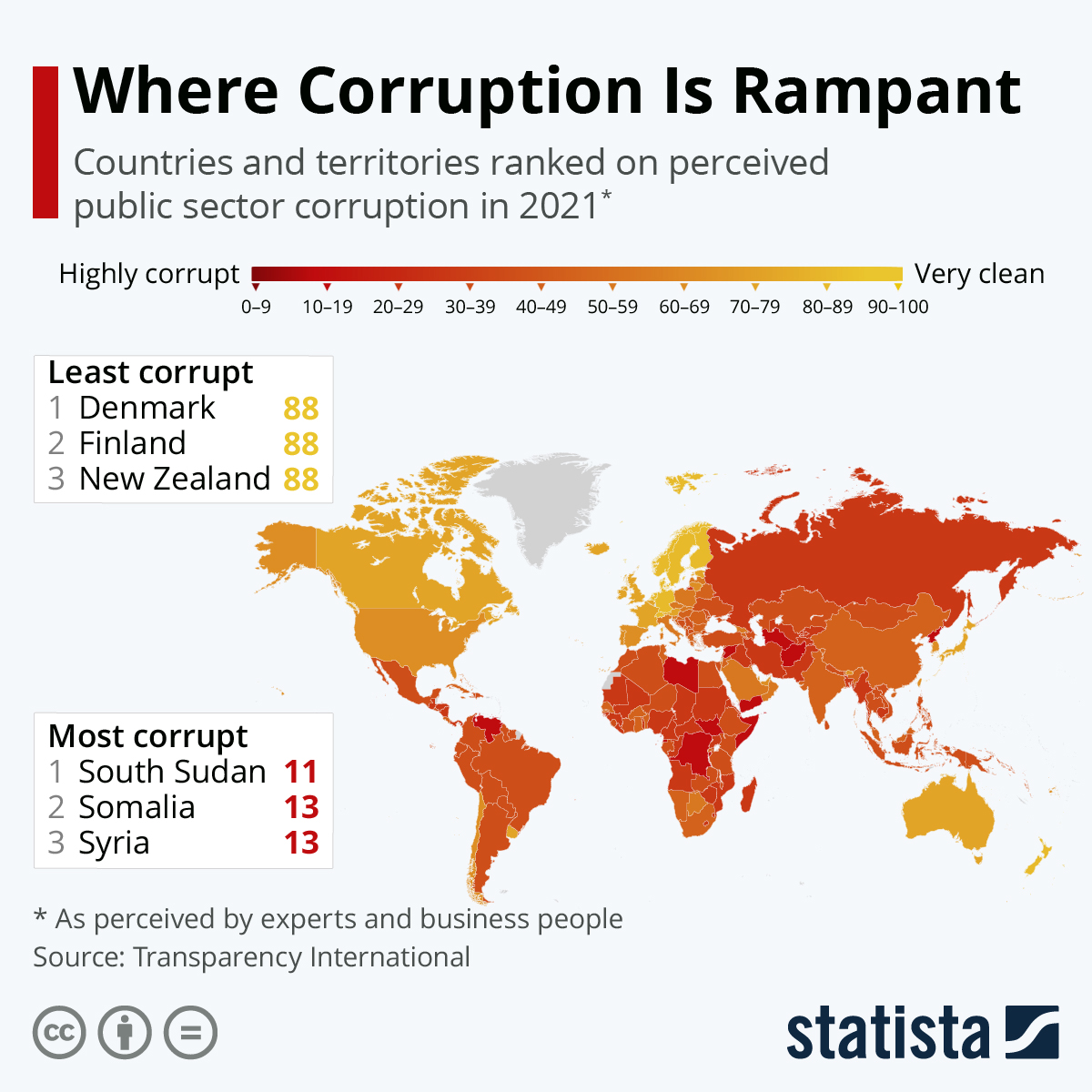 Asset Recovery: A Powerful Tool in the Fight Against Global Corruption

The release of the Pandora Papers, nearly 12 million leaked financial documents, reveals how the world’s richest and most powerful are using legal loopholes to launder money, avoid paying taxes and hide assets. Although much financial activity is not illegal per se, it is precisely the type that is used to conceal the proceeds of corruption. More than 330 public officials in more than 90 countries, including 14 current world leaders, have been involved in publishing the newspapers. This wealth of information provides us with a guide to how the global cost of corruption has ballooned to around $1 trillion a year (over $20-40 billion of this loss coming from developing countries) and also information on how to fight it.

The Pandora Papers revelations have inspired Republican and Democratic lawmakers across the United States to review the regulation of global corruption, including evasive financial practices. Indeed, Reps. John Curtis (R-Utah) and Tom Malinowski (DN.J.) co-chair a new congressional caucus against kleptocracy, and they have a strong ally in the White House. President Biden has repeatedly touted the fight against corruption as a top U.S. foreign policy priority and, in a June memo, formally established the fight against corruption as a core national security interest.

While the transparency offered by investigative reports such as the Pandora Papers and potential US regulations are important steps in reducing illicit financial flows, there is another powerful but often overlooked anti-corruption mechanism in our toolkit: recovery and return of assets. Through this mechanism, which Biden cites in his memo, stolen funds can be returned to their rightful owners — citizens — in a fair and efficient manner. But achieving justice in this way will require investment and reform.

Asset recovery is a process that extracts the proceeds of public corruption and returns them to the countries and people from whom they were originally stolen. When implemented well, asset recovery can provide needed development funds, right the wrongs of corruption, and restore social trust. If even a fraction of the billions of stolen dollars were recovered and returned to the people from whom they were stolen, citizens would benefit and corrupt officials would be held accountable, all at no cost to taxpayers. To achieve the twin goals of justice and development, lawmakers should urgently invest in asset recovery efforts as a means to combat kleptocracy and achieve positive social change.

The BOTA Foundation shows the potential and power of asset recovery. Founded in 2008 by the governments of Kazakhstan, the United States and Switzerland, and civil society leaders in Kazakhstan, it was set up to return more than $115 million in stolen assets from the coffers of the government to vulnerable Kazakh children, young people and their families. BOTA distributed these funds to the poorest people in the country through needs-based scholarships for young people to attend institutions of higher learning, direct cash transfers to encourage and enable households to access to early childhood education and prenatal health services, and the expansion of social services such as a crisis hotline for youth at risk and a new placement model in a host family.

Fortunately, there are opportunities today to apply the lessons of BOTA and other past efforts. Assets frozen in Ukraine belonging to former President Yanukovych are ripe for return, pending the outcome of ongoing litigation. Officials from Sierra Leone and Angola are also litigating cases that may lead to asset recovery. Some countries, like Mozambique, are passing laws expanding their ability to recover illicit assets, while others like Kenya are confiscating assets at an increasingly rapid rate.

To take full advantage of these opportunities, lawmakers aiming to scale up asset recovery efforts will need to invest in four key areas:

Corruption is both a cause and a result of poor governance, imposing high costs on societies as it hinders economic and human development. The asset recovery process has the potential to reverse these costs. Currently, more than $4 billion in assets have been frozen and are awaiting either a decision or a disbursement; a massive potential source of funding for social programs in developing countries, which could quickly exceed current levels of official development assistance.

Founded in 2004, it brings together the best CEOs, governments and international organizations that develop collective action on corruption, transparency and emerging risks.

PACI uses technology to build transparency and accountability through its platform, Tech for Integrity.

The Pandora Papers offer a sobering look at how evasive financial practices and corruption run deep in the world. US lawmakers and the Biden administration should capitalize on the current moment with corruption at the forefront of public consciousness, and a broad bipartisan call for anti-corruption reform, to invest in asset recovery to benefit millions. in the world. We must not let this moment pass.

• IREX, a nonprofit education and development organization where the authors of this article work, helped establish and support the work of the BOTA Foundation.